AALAWuN - channel pavilion - Bruce McLean - a lawnmower in the loft 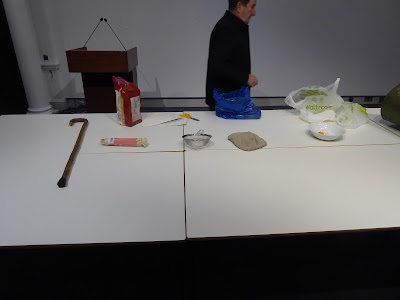 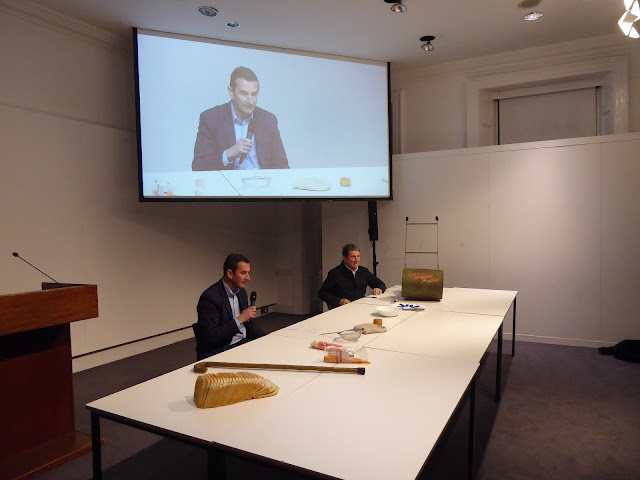 Sculptor Bruce McLean presents his first collection of stories that have contributed to the invention of his life as an artist. Both funny (ha ha) and funny (peculiar), this (non) po-faced history of art and comedy of (ill) manners presents a compelling soundtrack of human behaviour, gesture politik and inherited tics and traits.
There is much food and drink, some good, some…not so much. Artists and critics make guest appearances (and a few no shows) as do the bouffant, lynchpins, a giant stuffed parrot, a theatrical agent, and the familiar McLeanian trope of the coal bunker. The co-originator of Nice Style: The World’s First Pose Band, describes early sculptural performance works unwittingly enacted by his parents in the pursuit of excellence, and all things convivial and particular.
The painfully funny rigmarole of arrangements is exemplified by ‘Lawnmower in the Loft’ a wonderful example of what architect Cedric Price described as ‘…necessary repetition for the wilfully inattentive’. 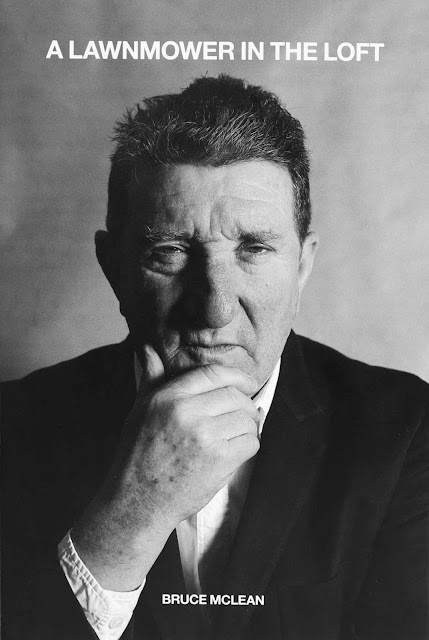 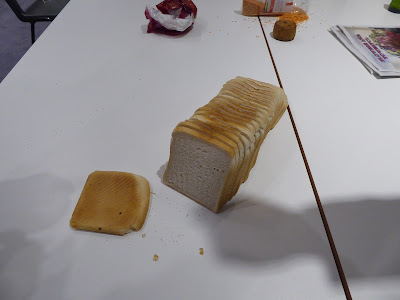 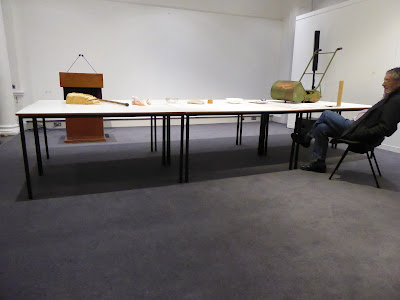 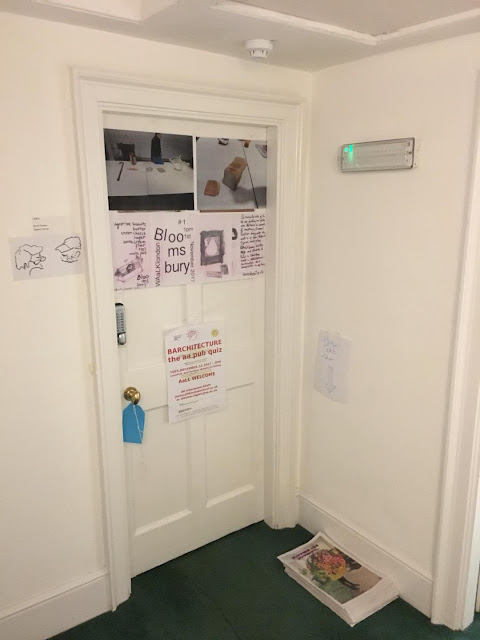