Loneliness Of A Long Distance Runner

The AA Cinema will be hosting film screenings chosen each week by different AA Tutors.
This week’s film, Loneliness Of A Long Distance Runner (1962), Directed by Tony Richardson.

Synopsis: A rebellious youth (Sir Tom Courtenay), sentenced to a boy's reformatory for robbing a bakery, rises through the ranks of the institution through his prowess as a long distance runner. During his solitary runs, reveries of his life and times before his incarceration lead him to re-evaluate his privileged status as the Governor's (Sir Michael Redgrave's) prize runner.

The AA Cinema is located in the Research Collections Room (basement, No. 32 Bedford Square) and is open for bookings by AA staff and students. A programme of screenings for AA members is held termly - see the What’s On listings and a Film Club for students also operates, showing films on a weekly basis. AA students and staff also have access to a library of 1,782 feature films and documentaries.

All film loans, viewings and screenings for students are held as part of an educational programme.

This screening is for AA Students and Staff only and is for the purpose of instruction, criticism and review.

All lectures are open to members of the public, staff and students unless otherwise stated. 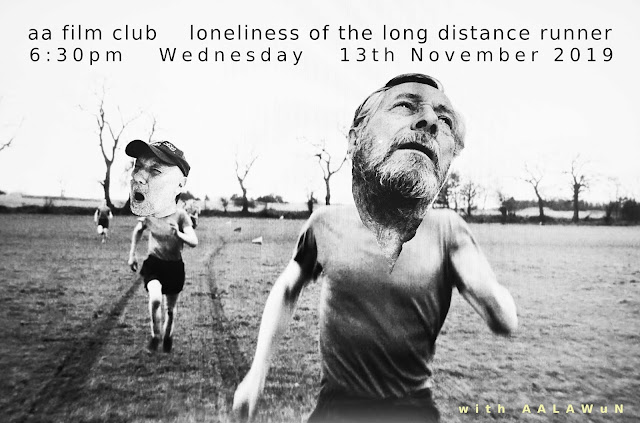